Planning a trip to Europe soon? Whether it’s a romantic break strolling the cobblestone streets of Montmartre in Paris or going shopping in London’s iconic Oxford Street, the Old Continent is undeniably a favorite among tourists.

With history spanning several millennia, and certainly no shortage of landmarks, at least one or two of its world-renowned destinations already surely feature on your travel bucket list. After all, several European cities are among the most beautiful in the world and make for truly unforgettable breaks. But what about hidden gems a little off the beaten track?

While common destinations like Paris, London, and Barcelona are already well-publicized, there is much more to this magical continent than the classical ‘Europe Starter Pack’.

Today, we bring to you 7 exceptionally underrated destinations in Europe you may have never heard ofand why they should definitely be included on your itinerary. 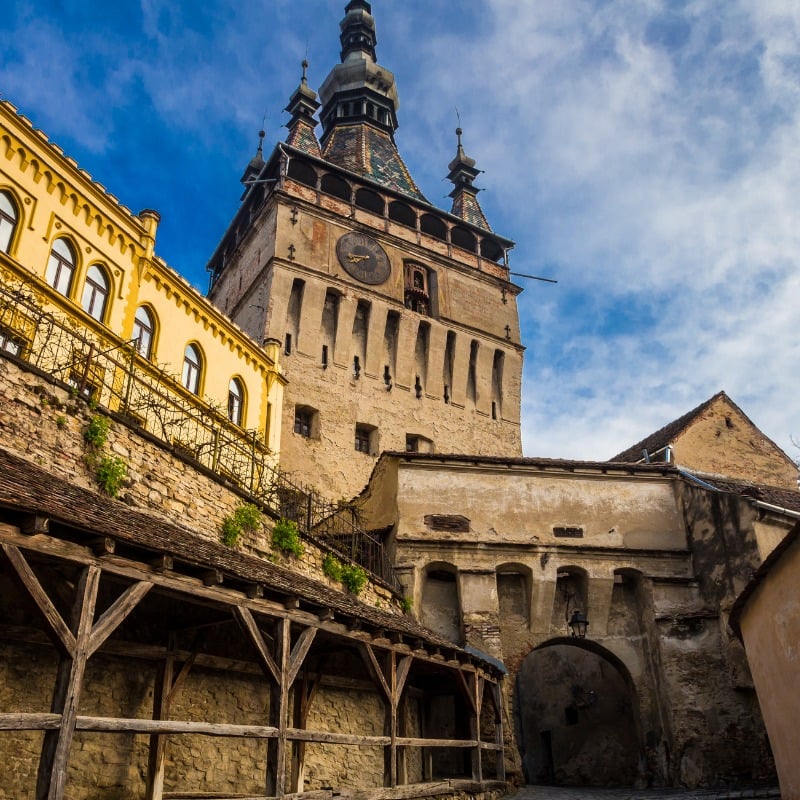 Nestled deep in the Transylvanian lands of Romania, Sighisoara is the birthplace of Vlad Dracul, the bloodthirsty prince who inspired the legend of Count Dracula. With a daunting gothic clock tower rising high above an old medieval citadel, it isn’t difficult to imagine Sighisoara as the perfect scenario for a spooky movie.

It is easily one of the most beautiful places tourists can visit in Romania, with its city walls among some of the best preserved medieval monuments in all of Europe. On top of that, Dracula’s birthplace is a relatively small city, with only 28,000 inhabitants, and much more quaint than other bigger cities in Romania. 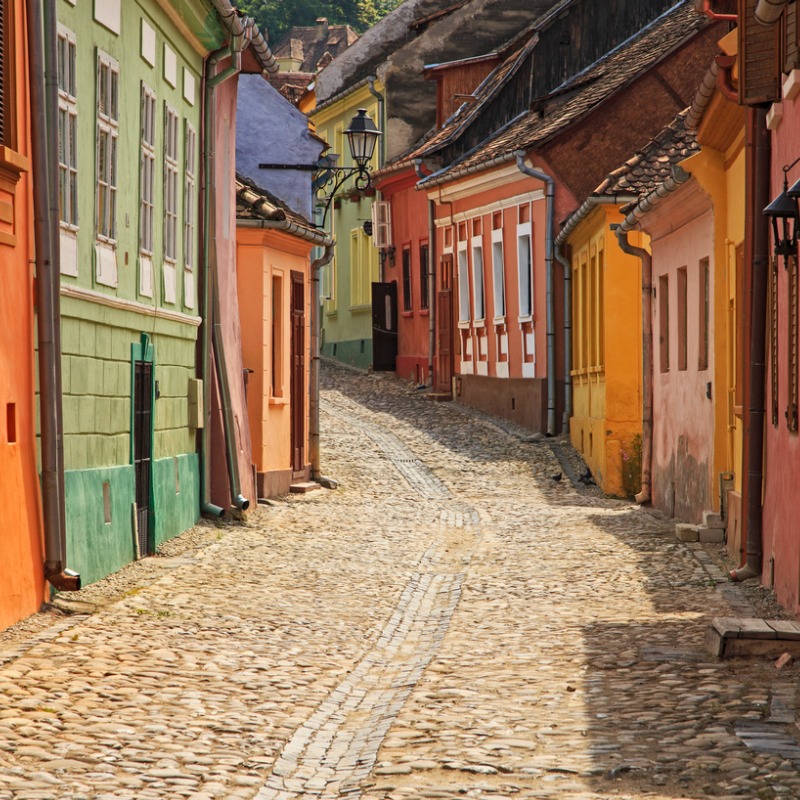 On the downside, it does not have a regional airport, meaning visitors can only reach it via train or group tours leaving from major hubs in Transylvania, like Brașov, Cluj-Napoca, or Sibiu.

Despite its trickier logistics, visiting Sighisoara is worth the effort and a journey to the past you you will not forget. In case you need any further encouragement, Romania has scrapped all Covid entry requirementswelcoming travelers the way it used to be prior to March 2020. 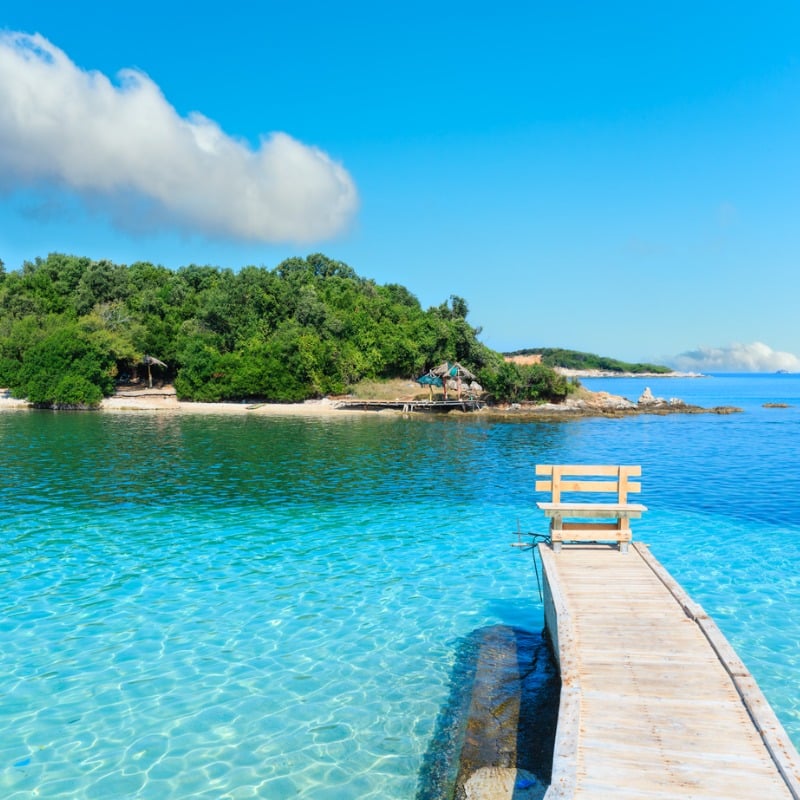 A small town on the Albanian Riviera not far from Sarandë, Ksamil has everything you might not expect to find in a country as mysterious as Albania: secret sandy beaches, turquoise waters, several seaside resorts and other tourist complexes and ancient landmarks.

As a matter of fact, Ksamil is steeped in Ancient History, being in close proximity to the Greek ruins of Butrint (located in Albania). 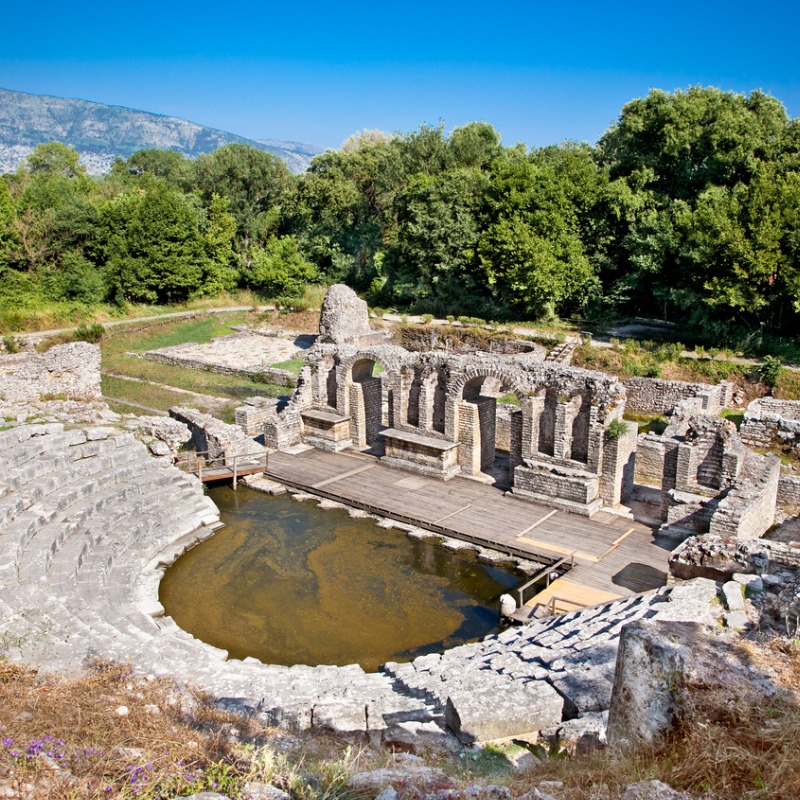 The wider Albanian Riviera is also a short 30-minute ferry ride from Corfuone of the best-rated Greek islands.

Although Corfu may be the most obvious pick, Ksamil has much more affordable prices, as Albania is neither in the EU, nor the Eurozone, and lacks the usual overwhelming influx of tourists Greece struggles with during summer, making it the ultimate European summer destination. 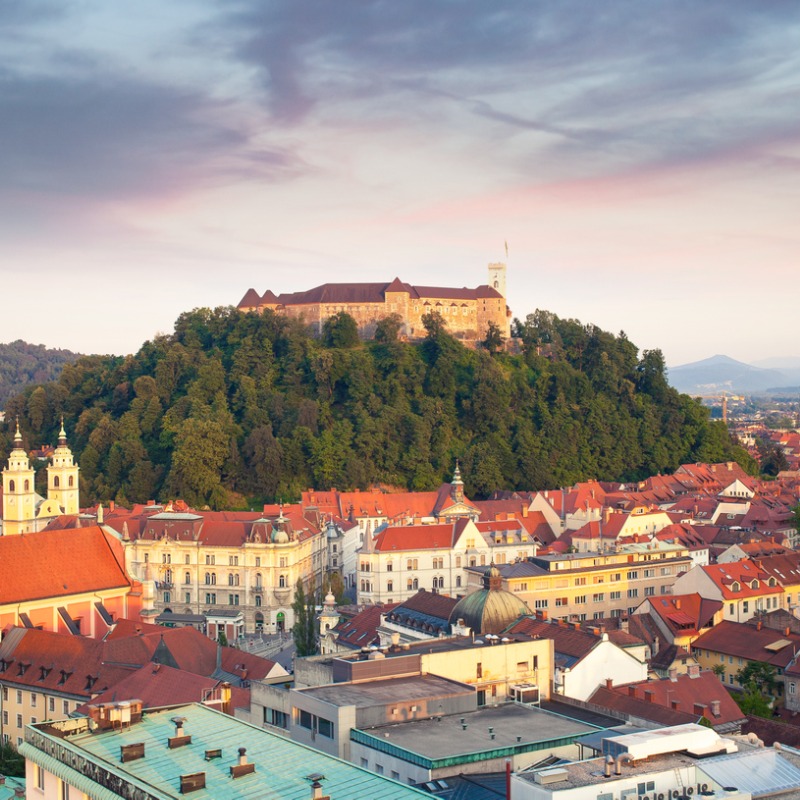 One of those countries Americans will certainly be somewhat familiar with, but may not be able to pinpoint on a map, Slovenia is a small Central European country that owes much of its recent history to its association with now-disintegrated Yugoslavia.

Now a modern democracy and a European Union member, it is the perfect off the beaten path destination. In fact, its capital city of Ljubljana hardly feels like a capital at all, with a total population just shy of 280,000 and a medieval hilltop castle that wouldn’t look out of place in a children’s fairytale book. 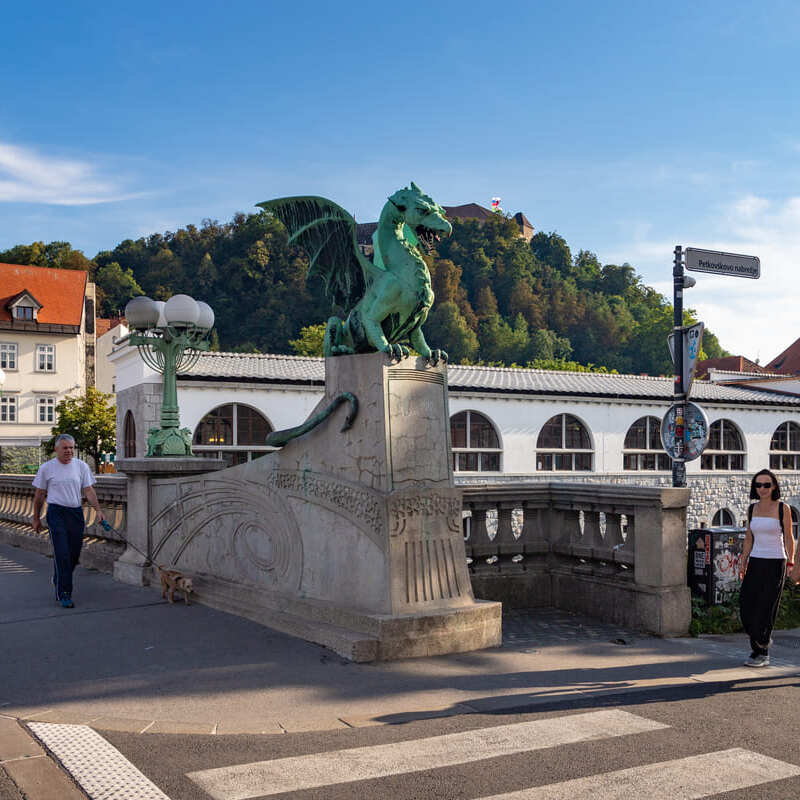 Ljubljana is also known as the ‘City of Dragons’: they’re visible everywhere, from statues and beer labels to city flags. Besides its mystic appeal, it is a much quieter capital by European standards and does not seem to be suffering from over-tourism like popular hotspots in neighboring Croatia or Italy.

From here, you can even reach the stunning Lake Bled, a natural alpine, clear water reservoir with a medieval church on an islet in its middle. It does not get more idyllic – or European – than this. And what’s best: as of February 22, 2022, Slovenia has no travel restrictions in place. 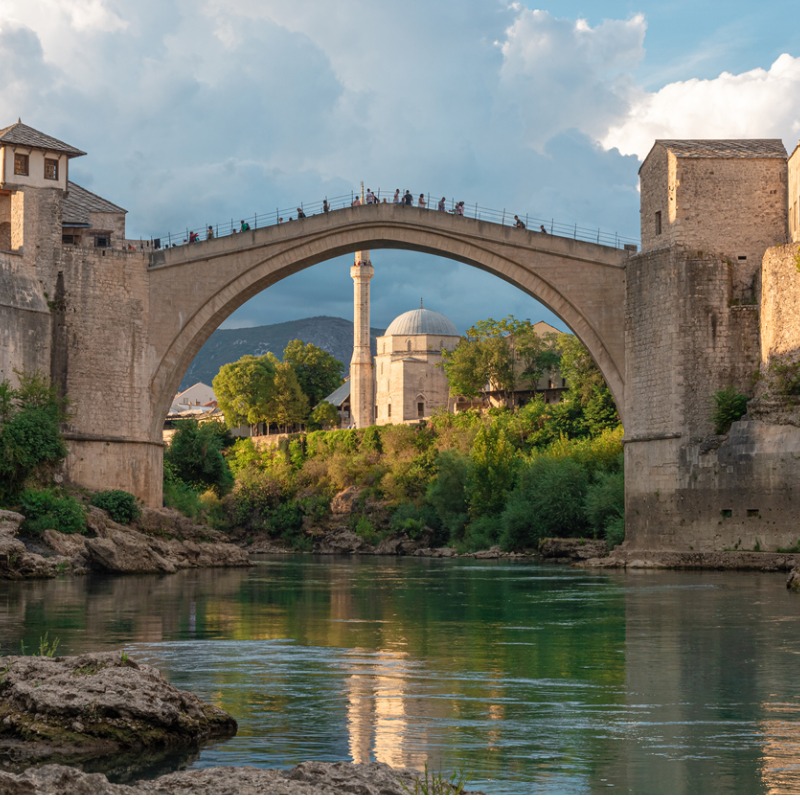 Due to its turbulent past, which involves having been engulfed by a bloody war in the 90s that divided its territory along ethnic lines, the Western Balkan country of Bosnia and Herzegovina might be a controversial pick for some, but it is perhaps the most underrated European destination on this list.

While Sarajevo gets the capital status, the smaller UNESCO World Heritage city of Mostar, located in the Herzegovina heartland, is certainly the country’s top tourist attraction. Packed with medieval and Ottoman-era landmarksand a crystal clear Neretva River meandering through it, Mostar is the quintessential Balkan postcard. 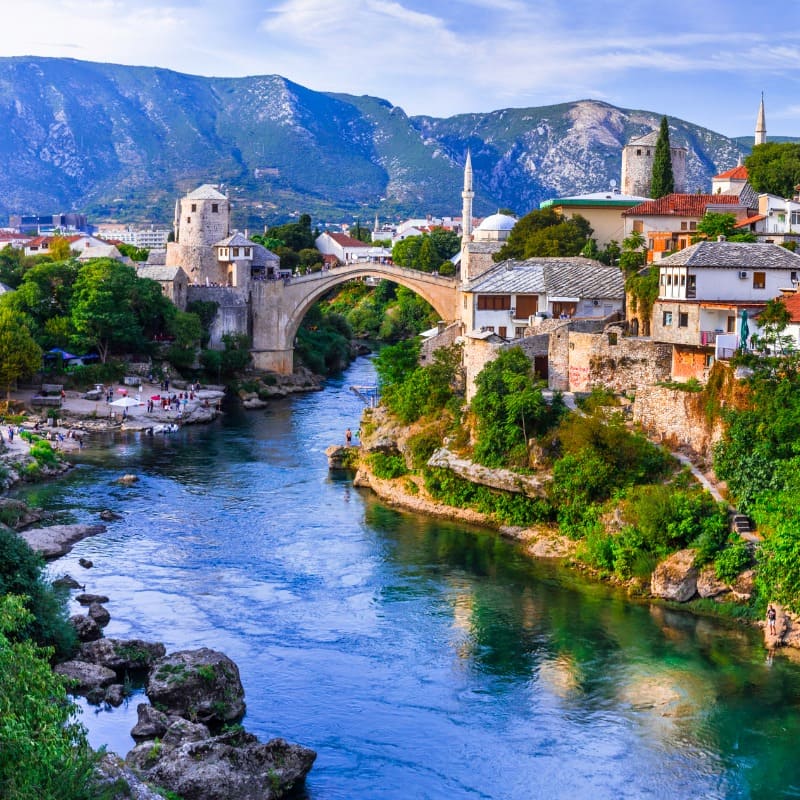 Here you will learn about Bosnia’s role in the dissolution of Yugoslavia, marvel at Ottoman-era mosques and the impressive Stari Most, a 16th-century bridge completely destroyed during the war that has been since rebuilt, and soak up this city’s complex history.

Keep an eye out for bullet holes in some of the houses around the Old Town area – they may not be a pleasant sight, but they’re indelible scars of war and part of what makes Mostar such an intriguing destination. 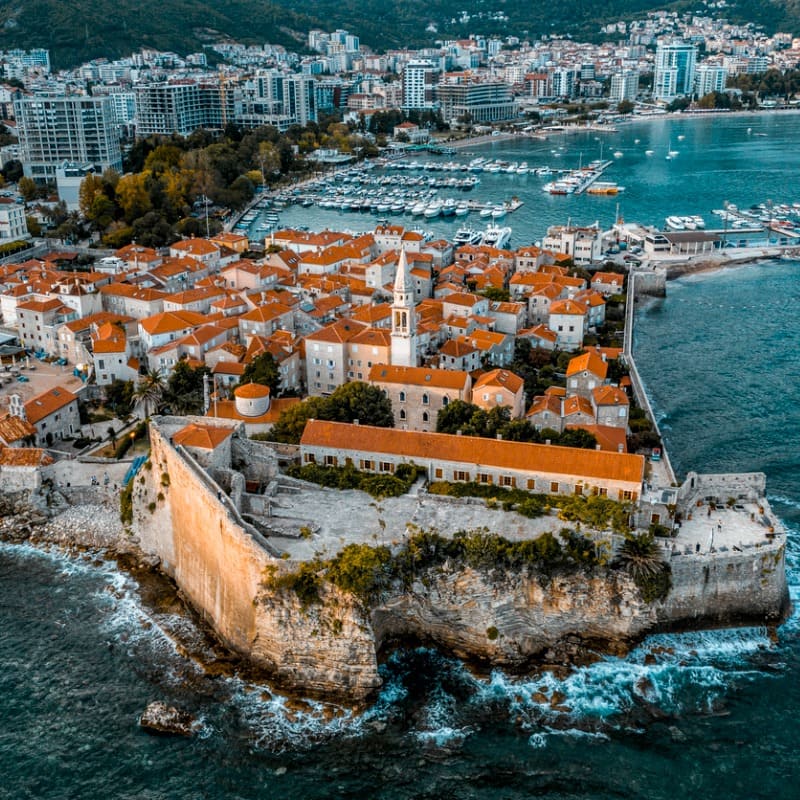 When you think Dalmatiaclassical Croatian hotspots such as Dubrovnik or Split will immediately come to mind. After all, the country’s coastline encompasses most of this historical region, though Croats are certainly not the only native inhabitants of Dalmatia.

Montenegro shares the same coastline and it’s part of the wider Dalmatian world, and even though the Bay of Kotor tends to get the most attention due to its proximity to the Croatian city of Dubrovnik, the small coastal town of Budva is equally charming.

Known for its incredibly well-preserved medieval walled city and sandy beaches, Budva is one of the oldest towns on the Adriatic, with a history that encompasses over 2,500 years. 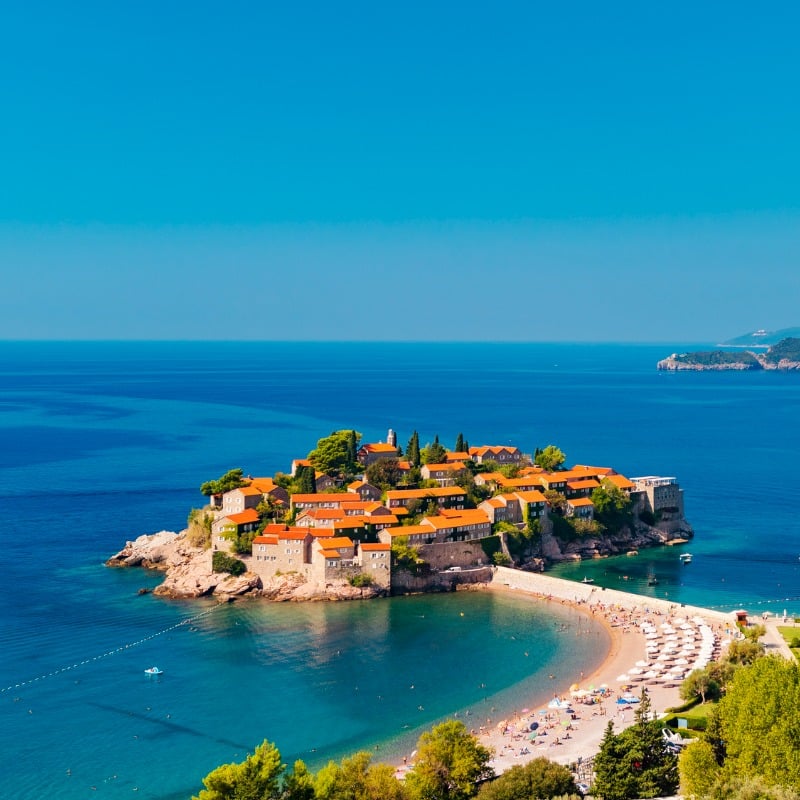 It is also on ideal destination for those looking for more recluse paradisiac retreatsas it houses the famous Sveti Stefan hotel, a 5-star resort on an island resembling an old Dalmatian settlement, with private beach access and several villas to pick from.

Luckily for guests, Montenegro is again fully open for tourism, welcoming both the vaccinated and the unvaccinated under pre-pandemic rules. This means planning a long weekend in Budva has never been easier. 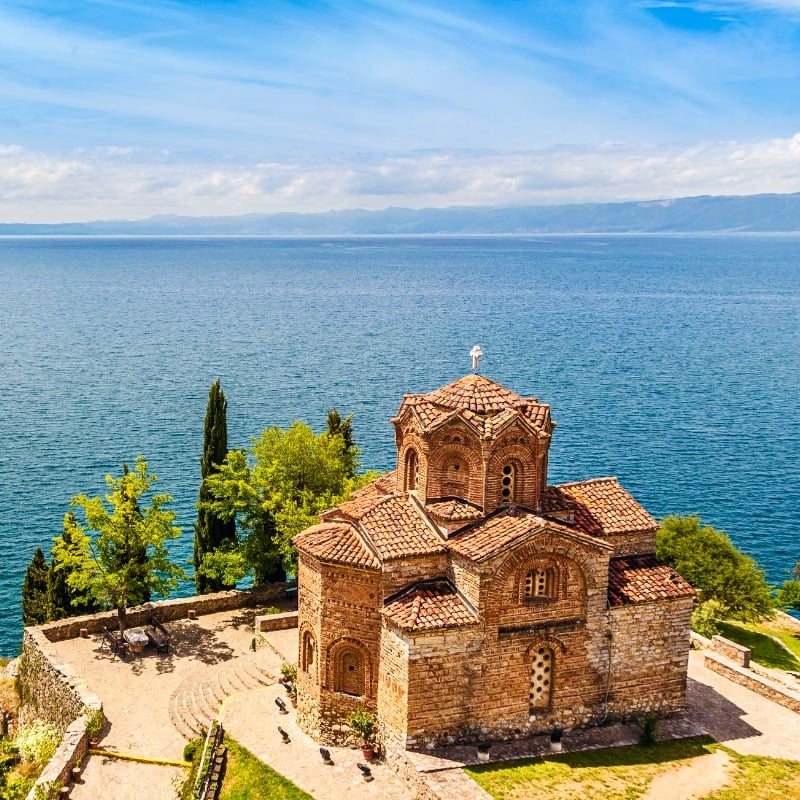 Straddling the shores of the famous Lake Ohridone of Europe’s largest, the North Macedonian city of Ohrid is another severely underrated destinations.

Featuring countless Romanesque and medieval landmarks, including the iconic Church of St John at Kaneo overlooking the lake, this city is a hidden gem of the Balkans and well worth a visit. 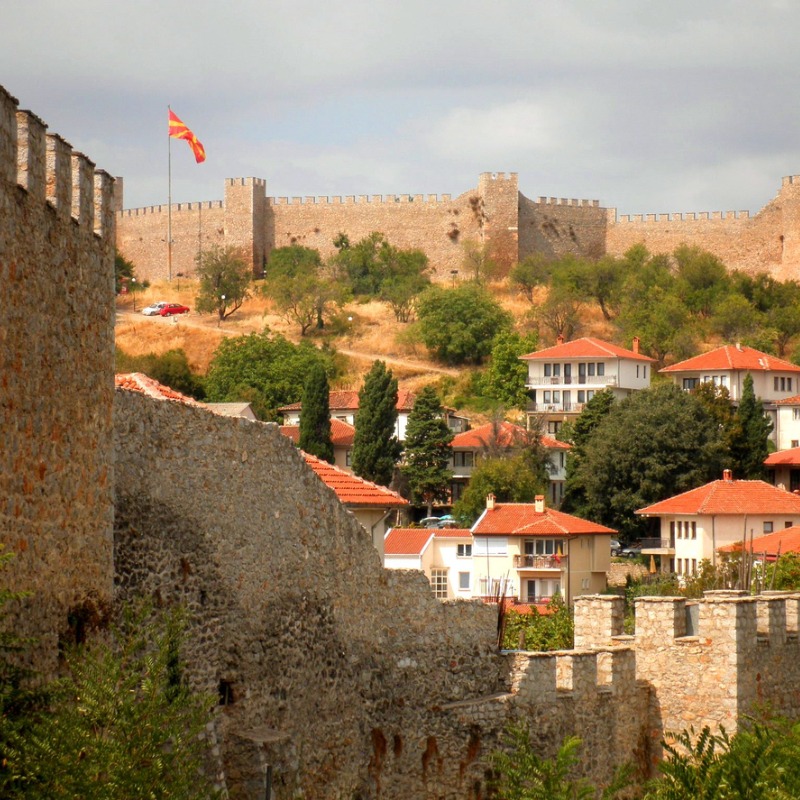 When in Ohrid, especially in the low season or the months preceding summer, tourists can stroll crowds-free lakeside promenades, try and find the best Instagrammable spots around the Old Town, and visit Samuel’s Fortress, a large 4th-century citadel. From the top of the fortressyou can even spot Albania across the lake.

During the busier season, tourists can enjoy several wAter activities around Lake Ohridas this is a popular summer destination for both North Macedonians, and their Albanian, Kosovar, Greek, and Bulgarian neighbors. 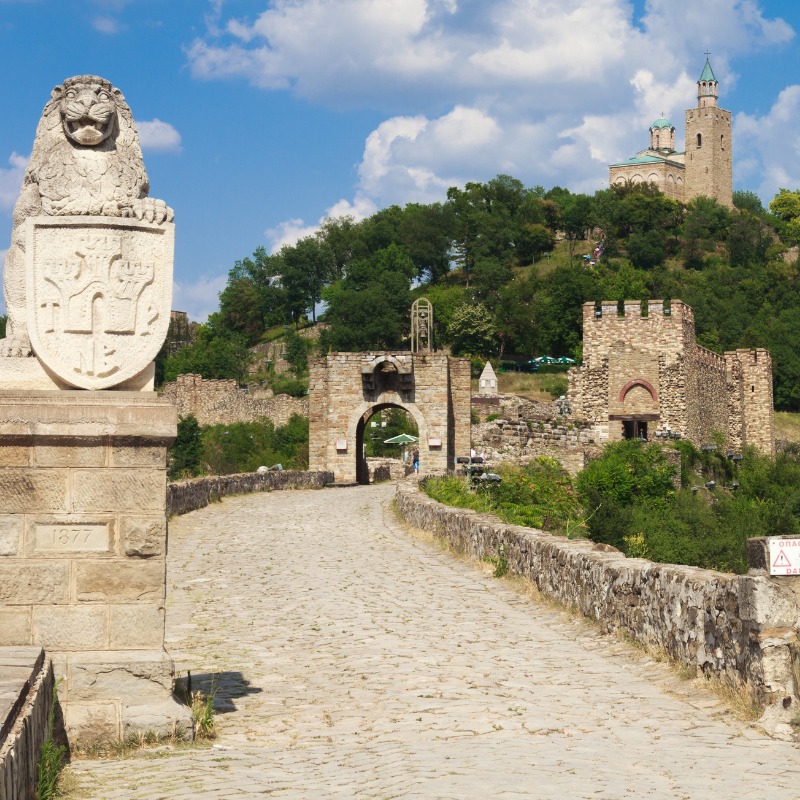 Tourists may have heard of Sofia, a sprawling capital known for its Soviet-era architecture and contrasting Romanesque ruins, or Plovdiv, deemed by many the oldest city in all of Europe, but there is much more to be discovered in Bulgaria non-locals know very little of.

Veliko Tarnovo is one of many such examples.

Known as the Historical Capital of Bulgariaas it once held capital status before Sofia took the crown, it is one of the most unique cities in Eastern Europe, with a landscape dominated by the monumental Tsarevets Fortress. 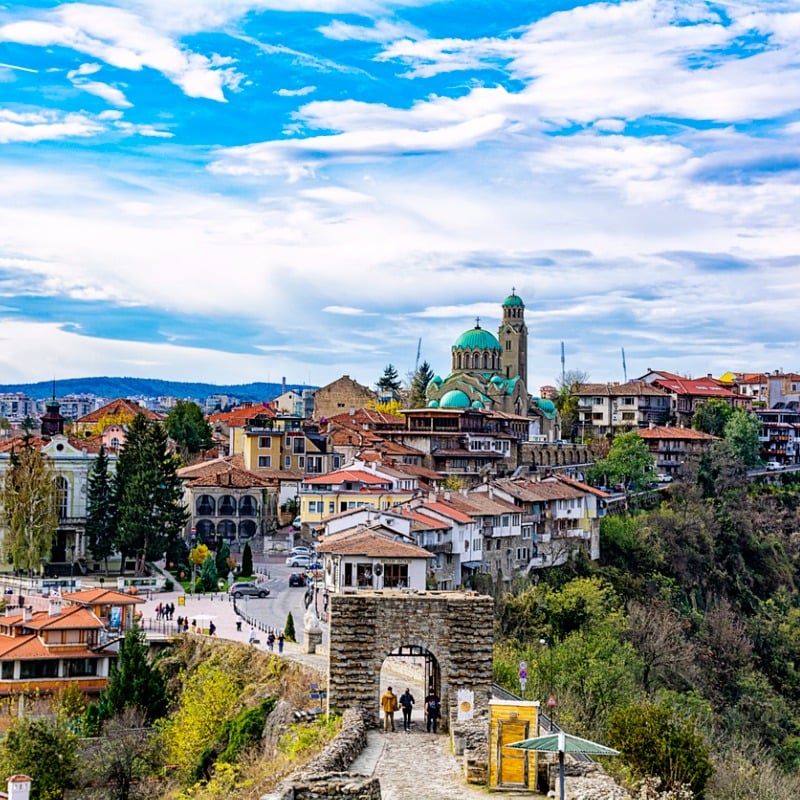 This ancient citadel, built in the year 1185, once conferred Veliko Tarnovo the enviable title of ‘City of the Tsar‘, and was key in Bulgaria’s defense against foreign threats. Apart from the fortress, the Bulgarian Revival architectural style of Veliko Tarnovo’s Old Town is at equally striking sight.

Europe is ready for you 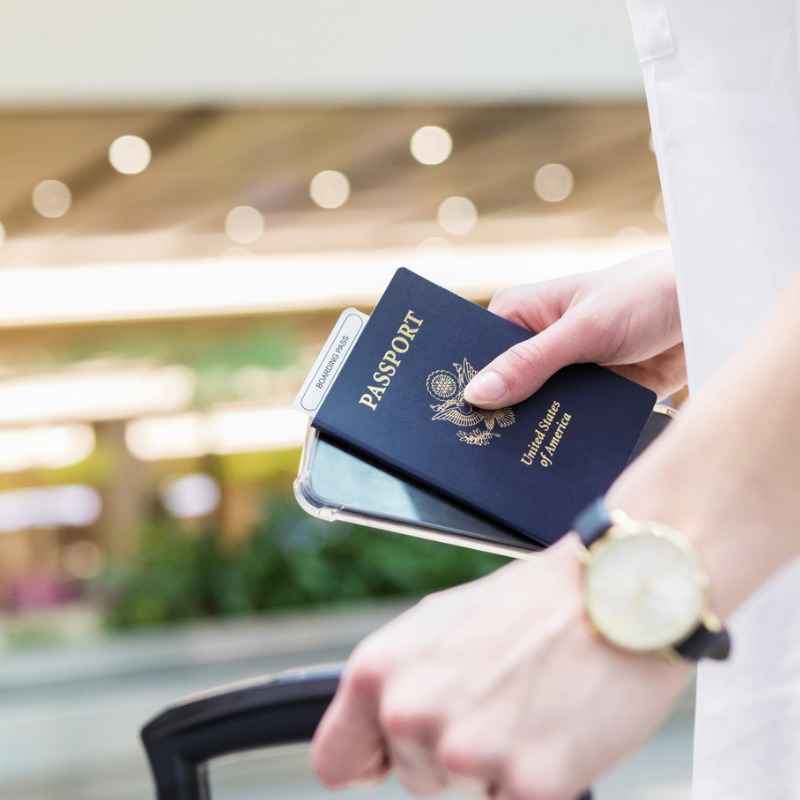 As Europe reopens for tourism following two years of travel uncertainty, several unexpected countries in the continent are eager to welcome back tourists.

While popular destinations like Italy and Spain are still reluctant in dropping their guard, several Eastern European nations are lifting curbs, making this the perfect time to get off the beaten path and visit unexpected locations.

When going on vacation, and particularly to Europewe strongly advise our readers to Purchase travel insurance covering Covid and other contingencies while abroad.

Why Tirana, Albania Should Be On Your Travel Wishlist

the Travel Off Path Community FB group has all the latest reopening news, conversations, and Q&A’s happening daily!

Enter your email address to subscribe to Travel Off Path’s latest breaking travel news, straight to your inbox

Disclaimer: Current travel rules and restrictions can change without notice. The decision to travel is ultimately your responsibility. Contact your consulate and/or local authorities to confirm your nationality’s entry and/or any changes to travel requirements before traveling. Travel Off Path does not endorse traveling against government advisories

Carnival cancels some July 2021 cruises, however hopes to restart some...