Union leaders representing tens of thousands of frontline workers want the Saskatchewan government to cap gathering sizes and restrict travel to stem the rising tide of COVID-19 cases in the province.

“There are tangible ways for us to really slow, if not stop, the proliferation of this Omicron variant, and I think if we have these tools at our disposal, we should take advantage of them,” said Barbara Cape, president of Service Employees International Union West (SEIU-West), one of six unions that made the joint call to action in a virtual press conference on Thursday.

The Cape union represents workers in schools, healthcare and other industries.

“I think if the Prime Minister and the Saskatchewan government choose not to implement stricter public health orders, they will see that this has become a political football as opposed to a public health crisis,” she said.

Together they represent 113,000 workers. They called on the province to limit gathering sizes to 10 people, limit the frequency of gatherings, limit out-of-school and non-work contacts, and limit non-essential travel. Unions said slowing the spread of Omicron will help frontline workers keep services running.

Premier Scott Moe has said repeatedly Restrictions have no advantage.

“We do not see strong evidence that lockdown measures have reduced hospitalizations, ICU admissions and deaths in other provinces, and therefore there is no reason to impose damaging new restrictions in Saskatchewan,” he said in a statement Thursday.

He said Saskatchewan’s current hospitalizations, ICU admissions and deaths related to COVID-19 are “currently well below the national average and well below other provinces that have implemented tough restrictions.”

The number of test positivities and hospitalizations is steadily increasing in Saskatchewan. The province announced Thursday that the total number of people hospitalized with COVID-19 stood at 215, with 23 in intensive care. No other deaths were reported, although there were a further 1,158 laboratory-confirmed cases.

Union officials said Thursday that simply slowing down the virus would benefit people.

Other Industries including restaurants and hospitality have spoken out against restrictions.

SFL President Lori Johb said union members across the province are operating in “crisis mode” as resources dwindle while demand for their services grows. Johb warned that the continued, uncontrolled spread of the coronavirus would lead to business disruptions.

Tracy Zambory, president of the Saskatchewan Union of Nurses, said health care was already at risk as rural facilities closed and emergency rooms were “packed to the roof”.

“We don’t have the space or the staff to continue at this pace.”

Some SEIU West members “work 16 to 20 hour days, sleep a few hours, and come back to do it all over again,” Cape said.

“If you look at their ability to do bedside nursing or manage cleanliness or nutritional needs or providing medication to residents, mistakes are made.”

She said there were often no staff available to call for help.

Saskatchewan’s Chief Medical Health Officer Dr. Saqib Shahab said earlier this week that the province’s omicron wave is lagging behind other provinces. He expects the variant to peak about two weeks in Regina and Saskatoon, and that a wave of hospitalizations will follow a few weeks later. 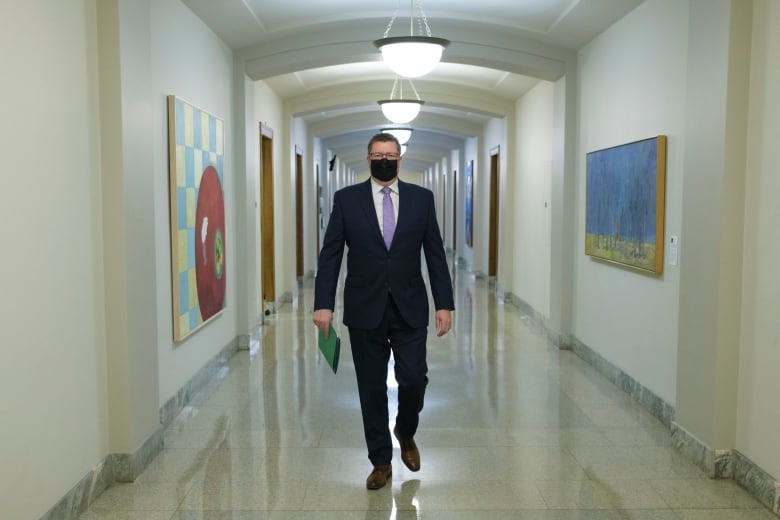 One other Voice: Return of border journey calls for persistence, assets...