We searched high and low to uncover some of the most intriguing cruises available, itineraries that go beyond the standard Caribbean, Europe, and Alaska routes and that take a deeper dive into destinations where nature, history, and culture are the calling cards.

Whether you’re looking for somewhere new to cruise or are new to cruising yourself, these unique sailings are likely to inspire your next adventure. These itineraries will get you to destinations that are difficult to experience fully if you just fly in and explore only by land—they are places where visiting by sea will actually give you a leg up and unique access to sights you might not otherwise be able to view.

Here are our picks for the best cruise itineraries of 2023.

Combine Iceland, Norway, and the Arctic 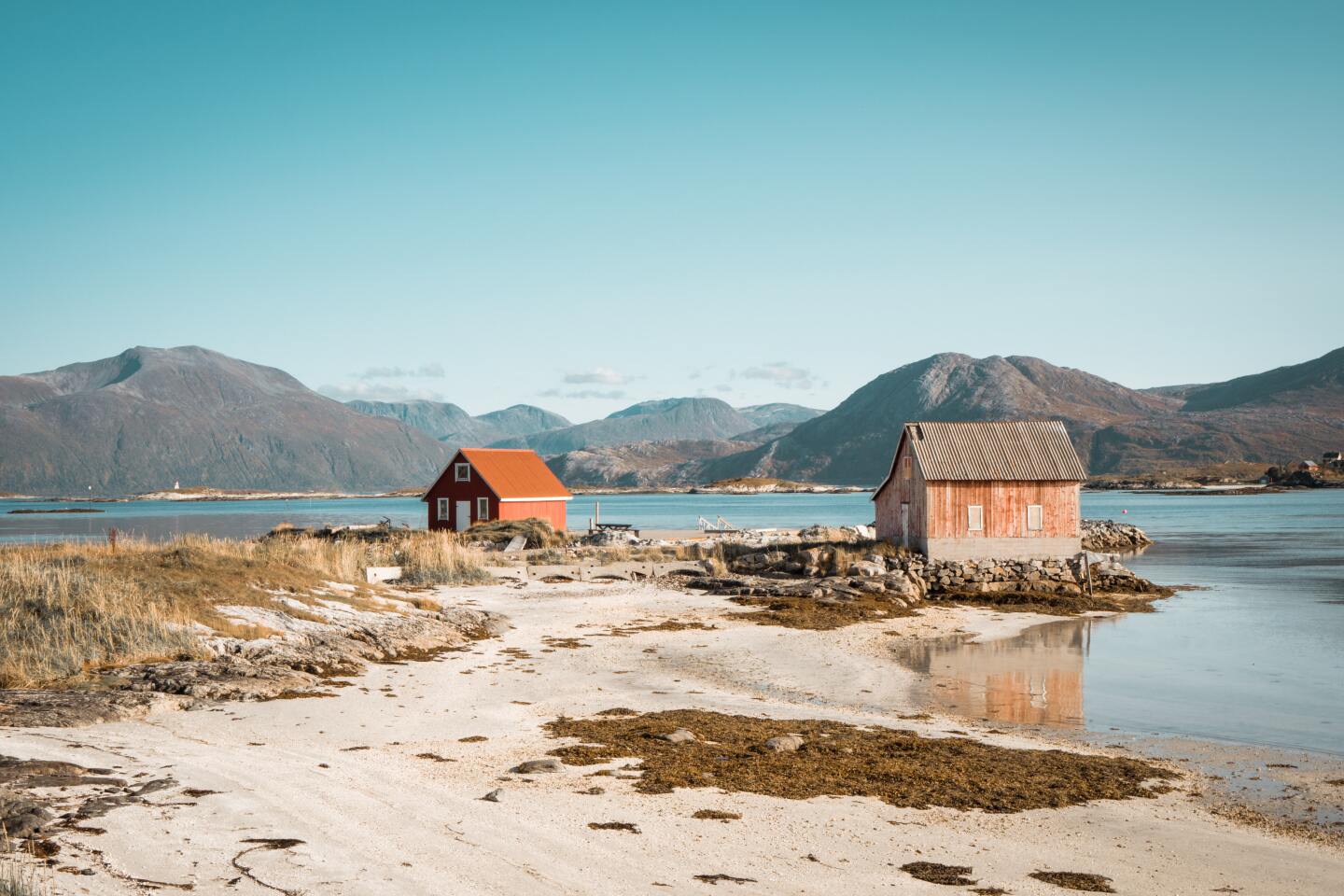 Sail to Tromsø, the northernmost city in Norway.

With their awe-inspiring glaciers, mountains, waterfalls, and fjords, Iceland and Norway have increasingly captured the imaginations of travelers. A new itinerary from Viking gives passengers the best of both worlds by combining the two beautiful countries and adding the bonus attraction of the Arctic—specifically Svalbard, with its large population of polar bears.

The 14-night sailings, between Bergen, Norway, and Reykjavík, Iceland, spend quality time along Norway’s west coast and Inside Passage, stopping at key ports such as Tromsø, Norway’s northernmost city, and Honningsvåg with its rich Sami culture and prolific bird life.

Sailing to the Svalbard Archipelago, halfway between Norway and the North Pole, passengers will overnight in Longyearbyen, the world’s northernmost city and home to more polar bears than people. Crossing the Norwegian Sea, the cruise then lands on the green shores of Iceland, in the small village of Ísafjörður, first settled by a Viking named Helgi in the 9th century. After that the cruise ends in Reykjavík—and it’s not a bad idea to extend your stay here for a night or more to explore the popular Icelandic capital.

The nearly identical 930-passenger Viking Neptune and new-in-2023 Viking Saturn are doing the route, with six sailings running between May and August 2023. Fares are from $6,999 per person. 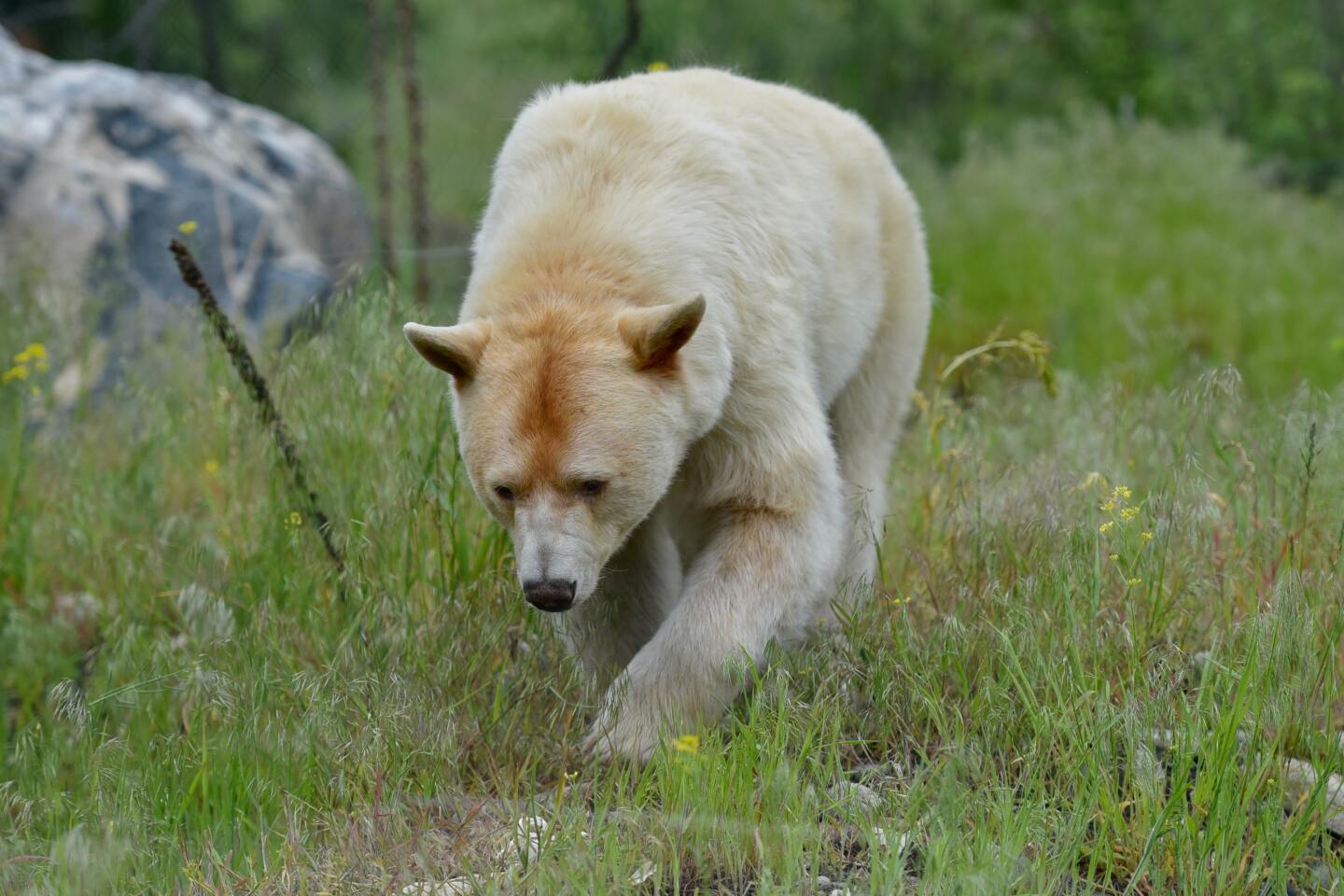 On these cruises, you’ll have the chance to see Kermode bears, which have lighter fur due to a recessive gene.

Sail on the 100-passenger National Geographic Venture for the rare chance at spotting “spirit bears”—white or cream-colored Kermode bears found only in the Great Bear Rainforest in northern British Columbia. They are considered sacred by First Nations Indigenous communities.

Related to the North American black bear, some 10 to 20 percent of the population of Kermode bears have a rare recessive gene that lightens their fur. The rain forest, which is about the size of Ireland, is a mostly roadless region that is home to more than 20 First Nations.

The cruises, which travel between Ketchikan, Alaska, and Prince Rupert, British Columbia, focus on wildlife and culture, accentuated by expedition experiences that include Zodiac landings, kayaking, and bushwhacking (aka hiking off-trail) in more remote areas. In Prince Rupert, explore First Nations history at the Museum of British Columbia, built in the style of a coastal longhouse. Lindblad also hopes to have a cultural interpreter on board for the sailings to inform passengers about the stories and traditions of First Nations communities.

The three National Geographic Expeditions “Voyage to the Great Bear Rainforest” cruises will embark in September 2023, with fares from $5,560 per person. 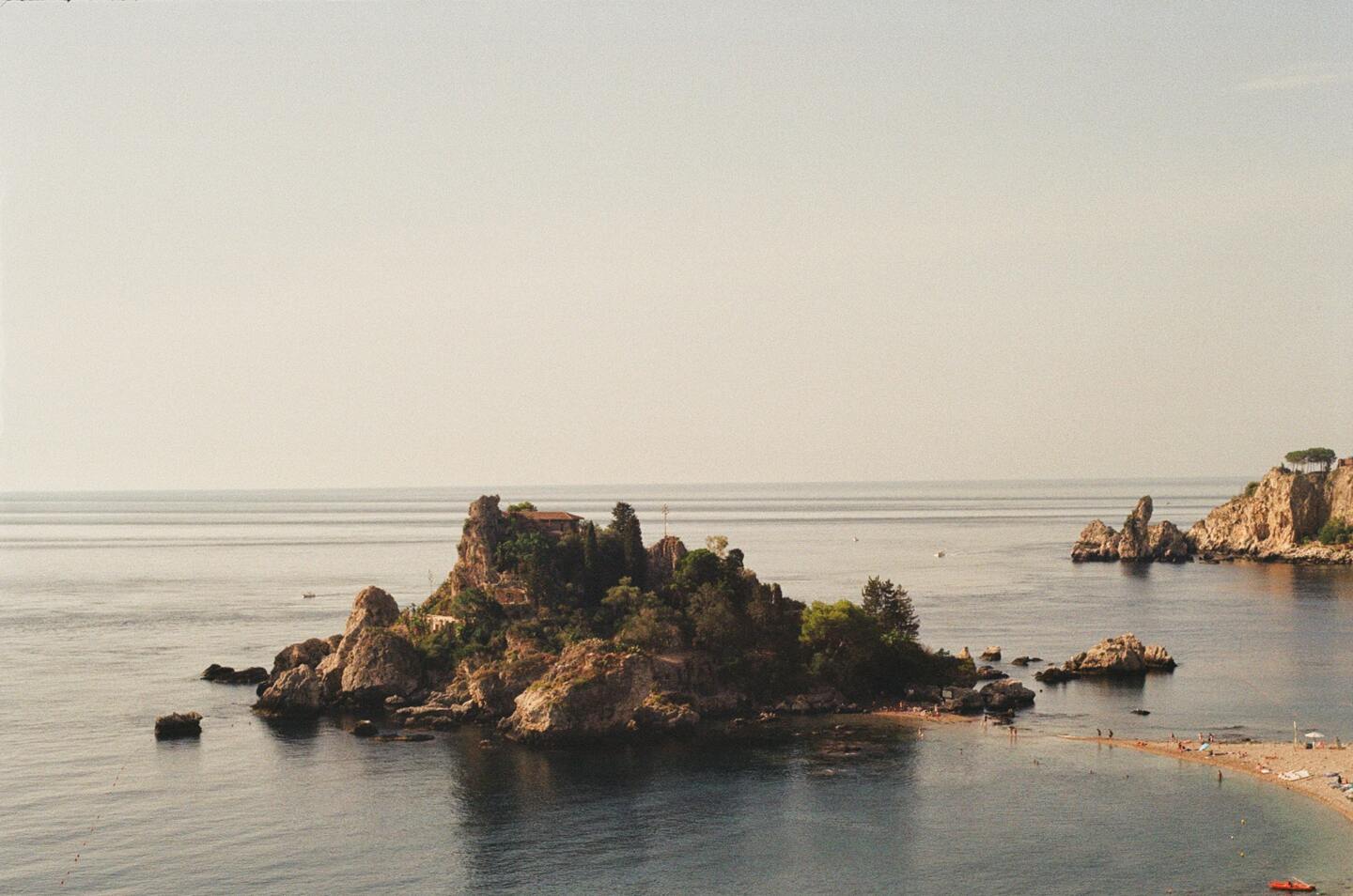 Fans of the popular HBO TV show The White Lotus are filling hotels and villas in Sicily this year. But there’s another way to see the sights of this popular Italian island and that’s onboard the luxury 184-passenger vessel Le Bougainville on a circumnavigation cruise of Sicily offered by Ponant in partnership with Smithsonian Journeys.

The May 4 cruise was announced before the unexpected tourism rush and focuses on history and culture, sailing round trip from Valletta, Malta. It includes on board lectures on history and archaeology and visits to such places as the UNESCO-protected Valley of Temples, a prime example of Greek architecture.

Even if not the focus, sights from the TV show may be glimpsed while, for instance, touring Taormina’s hilltop medieval center with its Greco-Roman theater, another UNESCO World Heritage site. Down by the water in Taormina you may want to check out the San Domenico Palace, a Four Seasons property in a converted 14th-century convent, where Season 2 of The White Lotus was filmed. In the capital city of Palermo, pop into the Theatro Massimo, the opera house featured in the HBO drama.

You’ll have ample opportunities to admire Sicily’s clear blue seas, rocky coastline, and hundreds of sandy beaches that are showcased on the series. Fares for the seven-night sailing start at $6,360 per person. 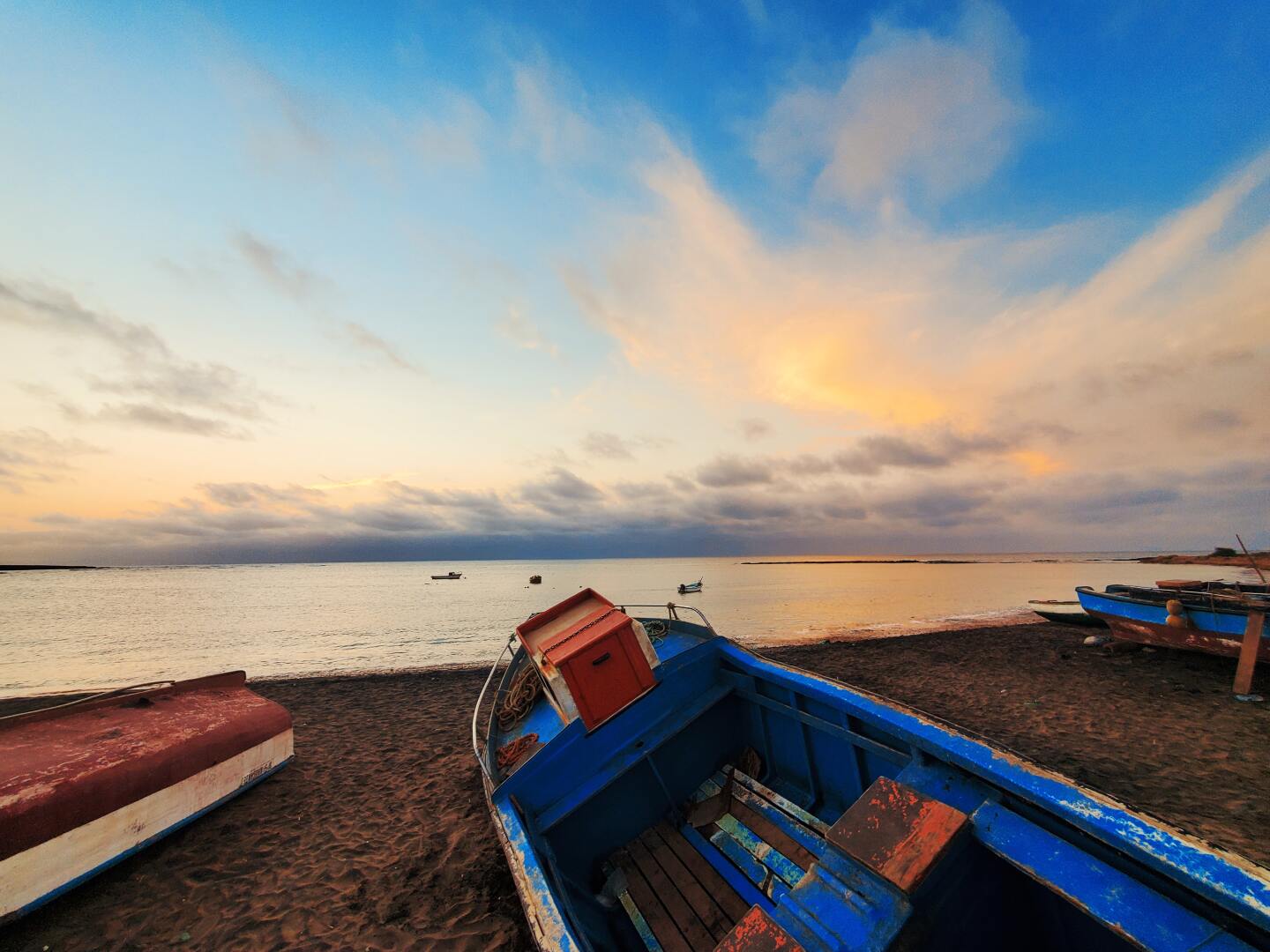 Discover the beauty of Cape Verde.

This fall, Norwegian expedition line Hurtigruten will launch a series of cruises that will begin in Senegal and explore the remote Atlantic Ocean archipelagos of Cape Verde and the Bissagos Islands (also known as Bijagós).

While sailing among the islands, travelers will visit everything from untouched beaches, saltwater lagoons, and mangrove swamps to the sand dunes of the Sahara and rocky promontories with endemic bird life—a key sighting being the Madeiran storm petrel, known in the Cape Verde islands as the jaba-jaba. Saltwater hippos are another major wildlife attraction in the region.

The majority of the itinerary takes passengers to places you can only get to by sea. In Cape Verde, a destination laced with Portuguese colonial history, stops include Santiago, Fogo, Santo Antão, and Boa Vista. In the Bissagos Islands, protected as a UNESCO Biosphere Reserve, guests will spend time learning about the Bijagós people, most of whom live on subsistence farming and fishing and with a traditional system of spiritual beliefs. The cruise also visits Banjul in Gambia, the smallest capital in Africa.

The 13-night sailings are round trip from Dakar and will be offered from November 2023 to January 2024 on the 180-passenger MS Spitsbergen. Fares start at $5,974 per person.

A return to Japan 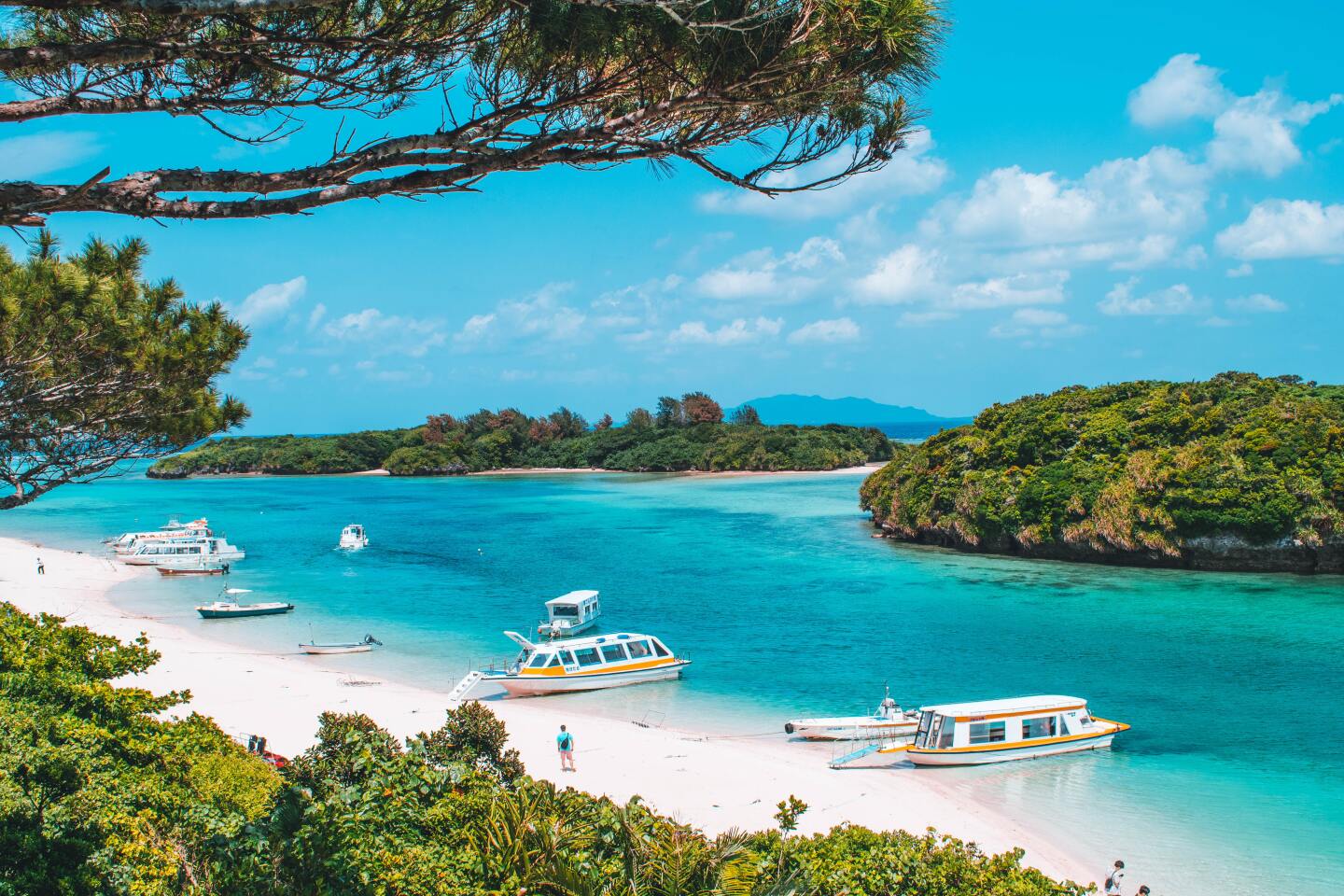 French line Ponant will be exploring the subtropical islands of southern Japan this year, including Ishigaki.

Officials in Japan have announced that international cruise ships will be allowed to return to Japan starting in March 2023 for the first time since the start of the COVID-19 pandemic in early 2020. Among the lines sailing in Japan this year will be big-ship companies such as Holland America Line and Celebrity Cruises, luxury brands Regent Seven Seas Cruises and Silversea, and small-ship lines Windstar and Azamara.

French line Ponant is offering one of the more interesting itineraries in Japan, claiming to be the first expedition company to do a route in the subtropical islands of southern Japan, specifically the Okinawa archipelago and the Ryukyu Islands. The eight-night itinerary on the 264-passenger Le Soleal will feature naturalist-led Zodiac outings, snorkeling and diving opportunities, as well as time on pristine beaches on islands that include Ishigaki and Kume. Excursions will visit traditional villages on the islands.

The Ponant sailing is from Keelung, Taiwan, to Okinawa, and will embark on March 24. Fares begin at $6,000 per person.

Observe birds in the Baltics 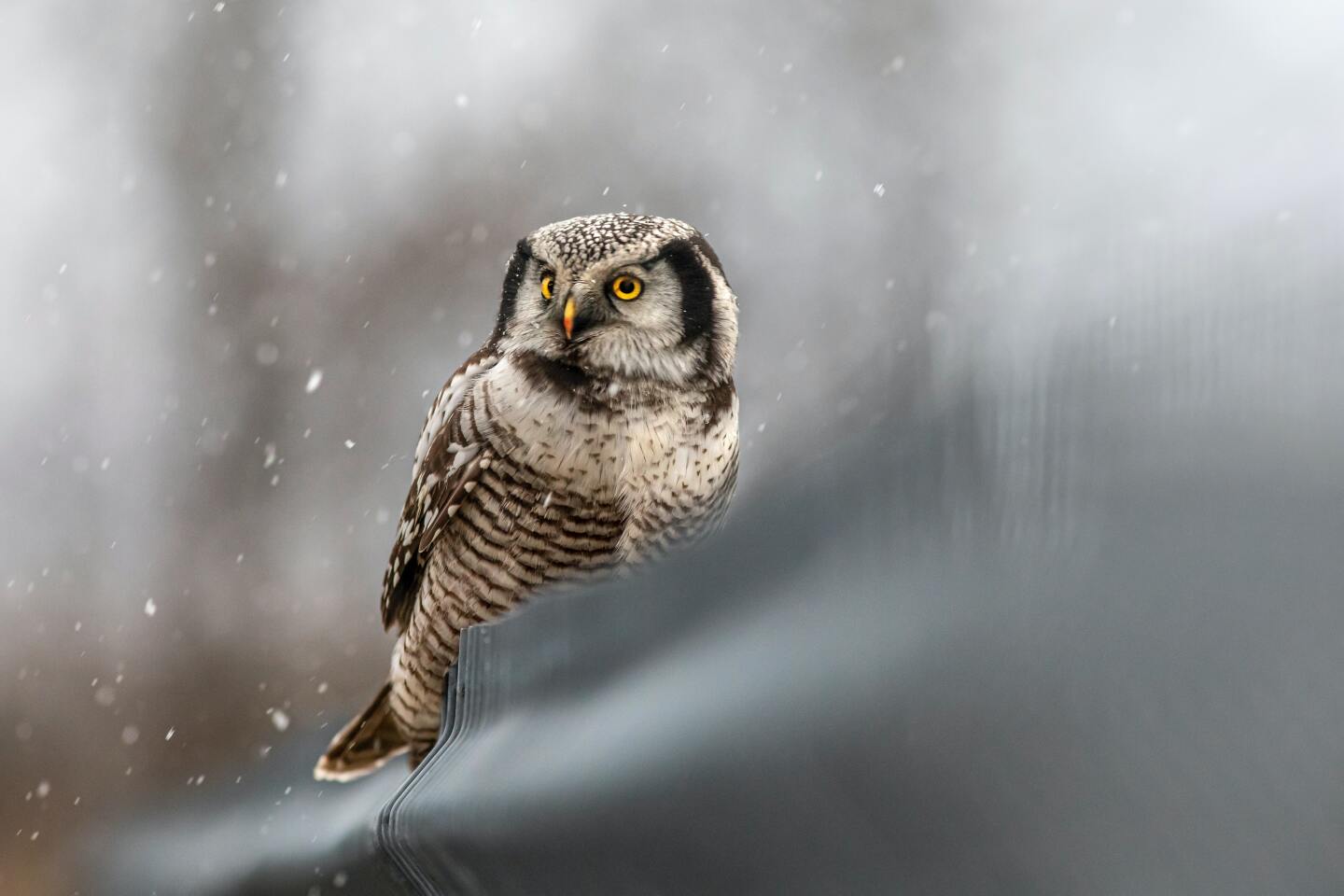 Search for owls in Finland on this unique Baltic cruise.

The Baltics were a difficult sell last year for cruise lines due to Russia’s invasion of Ukraine and the need to eliminate what had traditionally been a star attraction of any Baltics cruise itinerary—time spent in St. Petersburg, Russia. Cruise lines got creative by adding less-visited ports in Sweden, Denmark, Finland, and Estonia, and by expanding their visits to Poland, Lithuania, and Latvia.

In 2023, Silversea offers a new option, its first-ever expedition voyages in the Baltic Sea. The emphasis here will be birdlife, among other attractions. A pair of 12-night sailings between Hamburg and Helsinki, on the 274-passenger Silver Wind, will visit 15 ports in Germany, Denmark, Estonia, Sweden, and Finland.

Included are historical attractions such as crossing the Kiel Canal in Germany (which connects the Baltic and North seas) and exploring the UNESCO World Heritage–protected medieval architecture in the town of Rauma, on the west coast of Finland. There’s also a big dose of nature. By Zodiac, kayak, and hiking, guests will be able to explore, for instance, the uninhabited Swedish island of Gotska Sandon with its miles of white-sand beaches, sand dunes, and forests that are home to such birds as parrot crossbills and the elusive golden oriole.

Also on the agenda is the entire Kavarken Archipelago, shared by Sweden and Finland, a UNESCO World Heritage site recognized for its post-glacial geology, and the Valsörarna islands, a protected birdlife area and home to such species as black guillemots and Arctic terns. In Finland’s Oulu region, passengers can opt for a nighttime excursion to search for seven owl species.

The sailings embark from Hamburg on May 23 and from Helsinki on June 4, with fares from $6,850 per person. 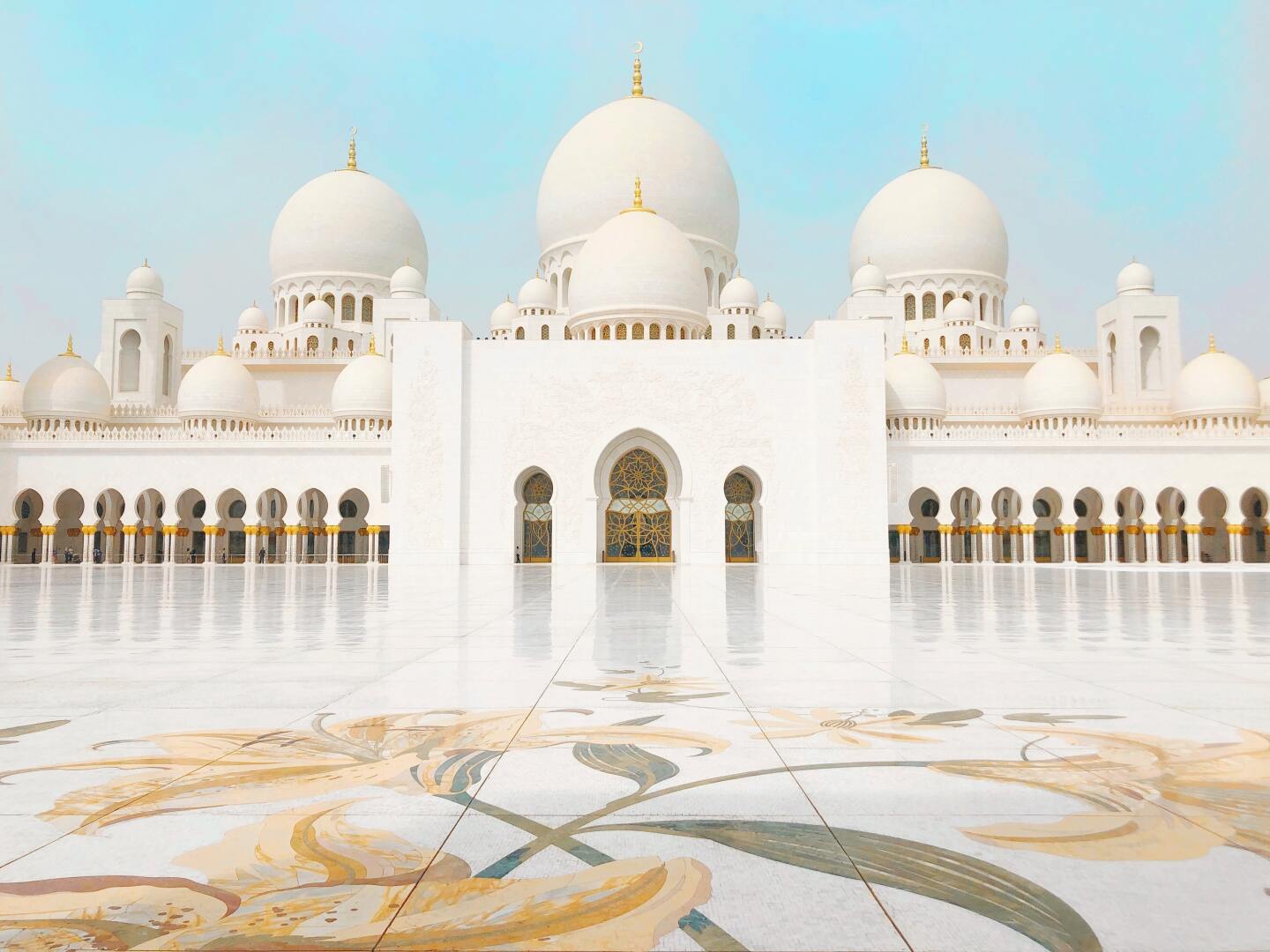 From November 2023 through February 2024, Windstar Cruises’ 312-passenger Star Legend will be based in the Middle East, exploring the Persian Gulf on 10-night sailings between Muscat, Oman, and Dubai.

The cruises will visit ports in the United Arab Emirates, Oman, Bahrain, and Qatar, with excursion experiences that will include viewing the masterworks at the Louvre Abu Dhabi and flying down the world’s longest zipline, Jais Flight, in Ras Al Khaimah of the United Arab Emirates. The ship will overnight in both Abu Dhabi and Doha, Qatar, affording time to explore these hubs on your own.

Near Khasab, Oman, one excursion option will be to board a traditional two-masted dhow to explore the narrow fjords of Musandam, nicknamed the “Norway of the Middle East.” In Manama, Bahrain, passengers will have the chance to visit the Qal’at al-Bahrain, a 6th-century fort recognized as a UNESCO World Heritage site.

Fares start at $3,499 per person, with the first departure setting sail on November 23. 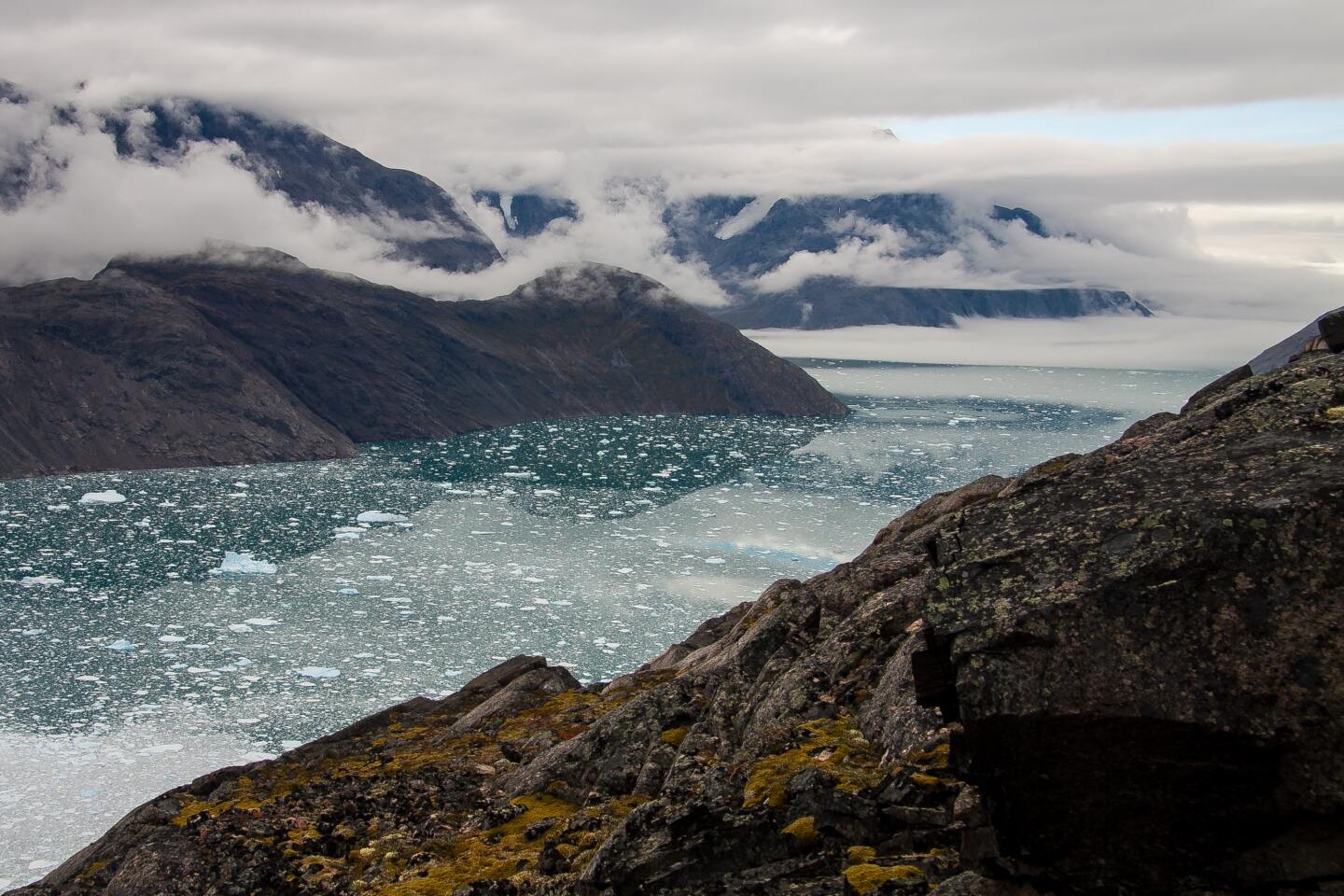 To really get off the beaten path, cruise along the dramatic shores of Greenland.

Quark Expeditions’ new Greenland itinerary puts a focus on remote areas in the southern part of the island nation, with exploration via land, sea, and air. The line’s state-of-the-art polar ship, the 199-passenger Ultramarine, will serve as travelers’ floating base camp on this trip. The key to this eight-night polar experience is the ship’s pair of twin-engine helicopters that take off from the deck and whisk guests and expedition equipment to otherwise inaccessible locales (the flights are included in the cruise fares).

The cruises, which are round trip from Reykjavík in Iceland, start with a charter flight to the tiny town of Narsarsuaq, Greenland, which has a population of less than 200. From there, passengers will be immersed in the wilderness of the Greenland ice sheet.

Guests will have the chance to swim or paddle kayaks in glacial lakes, bike and hike among untouched landscapes, and get up close to glaciers and icebergs via Zodiac. There’s also an optional (for a fee) overnight camping experience in the wild. Right before flying back to Reykjavík, passengers will be given the chance to visit a tiny Greenland community and the 10th-century ruins believed to be from the farm settlement of Viking Erik the Red, a UNESCO World Heritage site.

The eight-night expeditions embark July 14 and July 21, with fares starting from $9,140 per person.

Journalists to remain in inns inside ‘closed loop’ bubble throughout Beijing...