SKAGWAY, Alaska (KTUU) – A small landslide has closed the White Pass Railroad Dock to vehicular and pedestrian traffic in Skagway.

According to a press release from White Pass, crews are assessing the dock currently.

“No one was injured during the occurrence,” Marketing Manager Jacqueline Taylor-Rose wrote. “The cruise ships scheduled for the pier have made alternative plans for the day. The Discovery Princess has repositioned to the aft position and will be tendering guests to the Small Boat Harbor. The Quantum of the Seas has diverted from Skagway.”

Skagway Borough Manager Brad Ryan said that the lack of tourists docking from the Royal Caribbean Cruises vessel Quantum of the Seas will impact businesses in Skagway.

“There’s a financial impact to it,” Ryan said. “Obviously those are a number of individuals that don’t visit their town and spend the money and this is a town but that’s a loss for sure.”

Skagway Mayor Andrew Cremata said he heard of the rockslide at approximately 6:30 am Cremata estimated that the Quantum of the Seas may be carrying as many as 5,000 passengers that would not descend upon Skagway.

“Right now it’s kind of in the mode of trying to ascertain what the damage is and what the overall impacts are, but if you are a tour operator to a retailer or a restaurant owner, you obviously rely on those dollars and the Quantum is an exceptional boat,” Cremata said. “So it’s definitely a lot but we’ve had to deal with cruise ships being diverted to other ports before so it’s a lot better than the last two years no matter what happened at this point.”

Cremata said that White Pass had done scaling of the rocks on the mountain face near the Railroad Dock in recent years, and provided netting on the rocks to mitigate slides.

“It’s part of the nature of living in Alaska, there’s rockslides and there are landslides and there’s nature and all these other things,” Cremata said. “So again, just grateful that nobody was injured. And you know, we’re definitely, the municipality is already bringing up a geologist to take a hard look at this mountainside and see what kind of long-term mitigation can be done to make it safer than it currently is.” 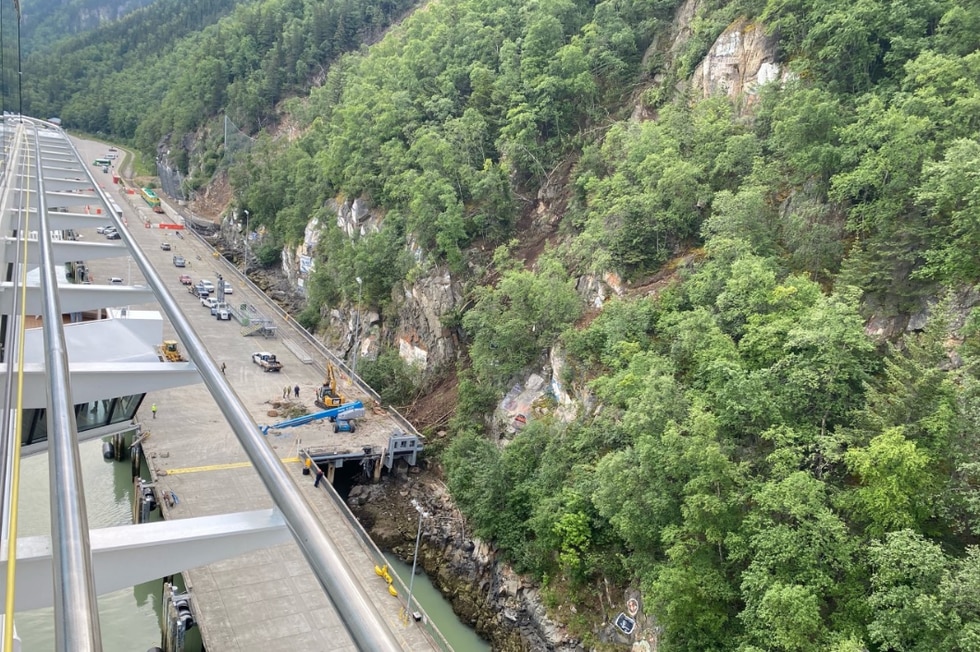